When I started to write this post about Strawberry and Rhubarb Crisp, I found it incredibly difficult to figure out what to say. For one thing, I have never been a fan of rhubarb. I know that might sound silly for a post about a rhubarb based dessert but here we are. Secondly, everyone and their mother seems to have a recipe for strawberry and rhubarb crisp/crumble/cobbler/etc. But I had to make my own version because I had yet to find one I liked.

Not liking rhubarb seems to be a contentious issue here in Minnesota. I get looks and comments whenever it gets brought up. And it seems to happen an awful lot in the spring. But I remember as a child trying rhubarb, which grew in our backyard, and thinking, “Blegh! Why would anyone intentionally eat this?!” So, after struggling to write this post, I decided to stick to learning more about rhubarb and relaying the information I found back to you, my wonderful reader!

For those of you who are unfamiliar with this stalky plant. Rhubarb is a perennial vegetable that ranges in color from crimson red to pink to green. When eaten raw, it has a sour, bitter taste that most people find unappealing (which probably explains why I never liked it). It is most often cooked with sugar to make jams, tarts, pies, or other sweet concoctions.

Native to central Asia, the root of rhubarb was originally used in Chinese medicine as early as 2700 BCE as a laxative1. But don’t worry, the stalks don’t have the same effect. Rhubarb slowly migrated through overland trade routes to Western cultures, around the 14th century. Rhubarb started being used in culinary forms in the 17th century. But it wasn’t until the 18th century when sugar was cheap and widely available to the masses that rhubarb became popular.

The date rhubarb came to the United States is up to some debate. Some claim it was in the 1770’s2 while others argue it wasn’t until the 1820’s3. What we do know is that rhubarb seeds began showing up in American seed catalogs in 1829. It started in Maine and Massachusetts following westward expansion.

I have been trying to figure out how to describe what rhubarb looks like. So far what I have come up with is they look like little mini red trees with a single giant leaf on top. Or a single stalk of celery that is bright red with a fan leaf on top. But they grow in bunches all together. So… look, you’re just going to have to Google it.

Can I Eat Rhubarb Leaves?

No, absolutely not. Rhubarb leaves are poisonous. The leaves contain a nephrotoxin, oxalic acid, which causes toxicity in the kidneys. If you continue to ingest oxalic acid you will start to develop kidney stones and eventually will die.

A note from the Wikipedia article about rhubarb leaves: “Cooking the leaves with baking soda can make them more poisonous by producing soluble oxalates.” I just find that fascinating and wanted to share it with you all.

Moral of the story: just stay away from the leaves. They are not worth the risk.

Rhubarb is available almost all year round. If you find it in the stores in late winter to early spring, it most likely was grown in a hothouse (a greenhouse that is heated). Field grown rhubarb is typically harvested starting in mid to late spring through mid to late summer.

I’ve spoken briefly about the importance of weighing your ingredients. That’s because it really is the best method for baking (and sometimes cooking). I also find it the easiest. I would much rather just have a bowl hanging out on a scale that I can chuck ingredients into while I am making a dish than have to measure out 4 cups of cut strawberries*. Which is why for this recipe, I don’t give you volume measurements for the strawberries and rhubarb (and it’s not totally because I forgot to take them and now I am out of strawberries and rhubarb).

*This may or may not be an accurate volume measurement for this recipe but as I said, I didn’t figure it out, I mean, I left it off intentionally. Also, I suspect it’s closer to 3 cups but again I am unsure.

I Don’t Own a Scale

If you don’t have a scale, here is the one I use. This is not an affiliate link, I will not earn money if you choose to buy this scale. I just think it’s a nice scale. It is accurate and has a nice long auto shut-off which to me is so important! And as an added bonus to us Minnesotans, it’s made in Burnsville so it’s local.

To photograph, I used a 10-inch (26-centimeter) cast iron skillet and the ingredients fit in perfectly. You could either use the same or use a 9-inch by 9-inch square baking dish.

I wanted to have a whole section just to say, I love this topping. And I am honestly not convinced there is enough of it in this recipe. So, I may have to revisit this at a later date because damn, it’s tasty.

If you have enjoyed this recipe (and who wouldn’t, it’s delicious) and would like to help me buy a bag of flour
(or bottle of whiskey), consider becoming a patron. Patrons get early access to all recipes and get
behind the scene content. (Mostly pictures of my adorable cats being adorable.)

There are three options available starting at just $1/month.

This one dish strawberry rhubarb crisp is an easy way to make dessert for a crowd–or keep it all to yourself and serve with ice cream.
Prep Time1 hr
Cook Time1 hr
Resting Time30 mins
Total Time2 hrs 30 mins
Course: Dessert
Keyword: Sweets

If the crisp begins to brown in spots too quickly, use the aluminum foil cover from earlier to place on top of the crisp. 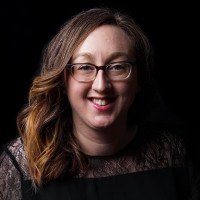